The largest of these species is Crocodylus porosus. This found from Northern Australia to India. Both the populations in Papua New Guinea and Australia are doing very well. The common names for this species include the saltwater (or 'saltie') or estuarine crocodile.


Photographing estuarine crocodiles is challenging. These are large animals with adults weighing hundreds of kilograms. This means that photographing crocodiles tends to be a team effort, and is best done from a boat. Boats however, are not stable platforms.


These shots were all taken up near Darwin in Australia. I have tried to avoid the 'crocodile basking on the river bank' composition. This shot tends to come from people shooting from land.
NZ Nature Photos 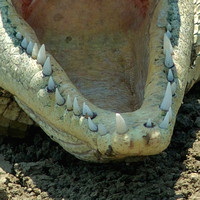 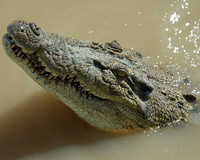 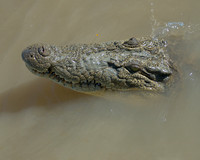 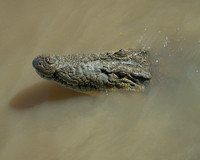 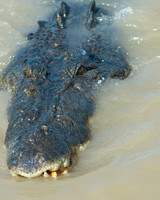 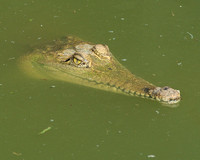 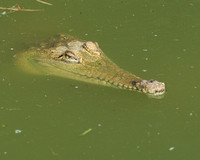 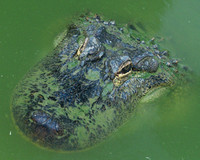