The weta is an archaic cricket relative. This group of insects however, is only found in New Zealand. Fossil evidence from Gondwanaland, dates these animals back 190m years.

Being a nocturnal animal, the best time to take photos is at night.

There are many different species in New Zealand. Unfortunately many of our largest species are under threat from extinction. Intoduced predators- such as rats- pose a serious threat to this ancient groups survival. The photo is of one of our common species.
NZ Nature Photos 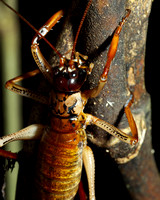 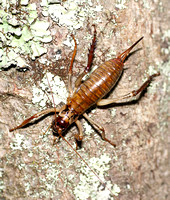 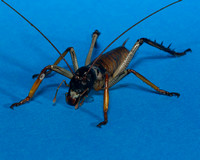 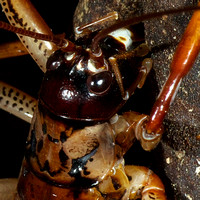