Comb-crested Jacana's are found in the north of Australia. They are sometimes called Jesus birds after their ability to walk on water. In fact, they walk on weeds just below the water surface. This is accomplished by having very sizable feet.

Another common name is the lotus bird. The scientific name is Irediparra gallinacea. 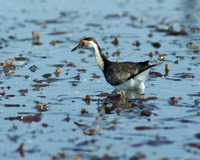 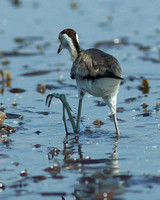 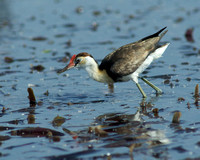 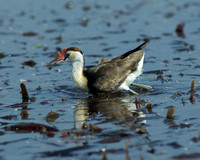 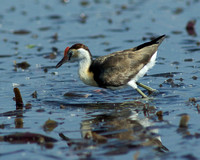 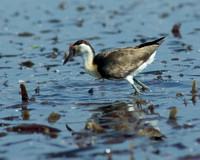 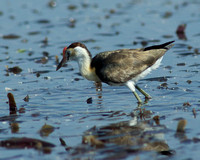 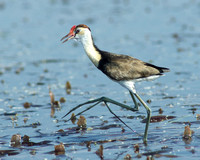 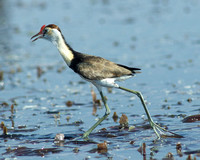 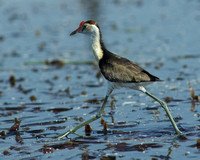 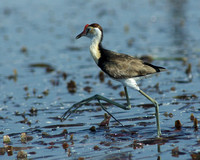 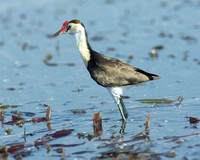 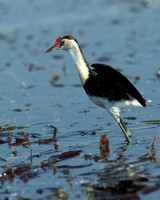 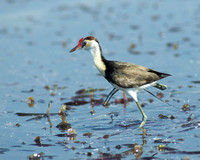 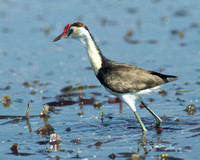 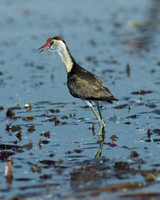 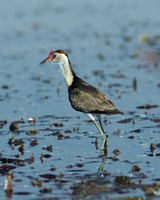 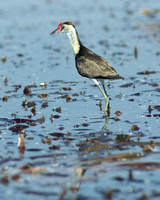 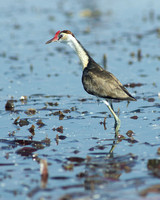 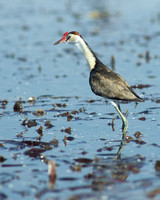