The jabiru is Australia's only native stork species. The females have distinct, yellow irises. It is distributed throughout Southern Asia, down to New Guinea and the north of Australia.


Its diet consists largely of frogs, fish and large insects. It generally lives in marshes and other wetlands.


Its scientific name is Ephippiorhynchus asiaticus. It is also known as the Asiatic black-necked stork. The conservation status of this bird according to Birdlife International is near threatened. At its southern margin in New South Wales it is classed as endangered.
NZ Nature Photos 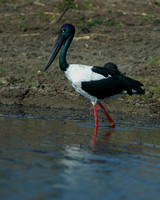 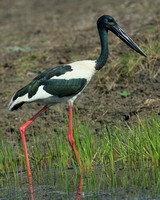 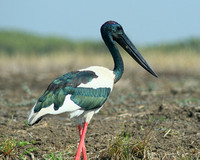 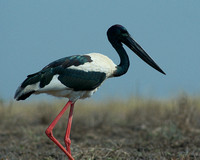 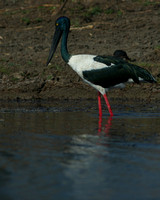