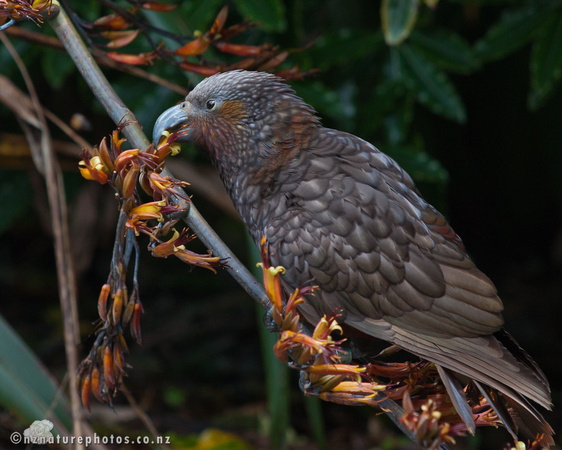 This is New Zealand's endemic and endangered forest parrot. Over the last century numbers have contracted greatly under pressure from exotic predators and competitors.
These birds were photographed at Puhaka (or Mount Bruce), a conservation reserve near Masterton. the population comes from 12 birds that were released some years ago. These original birds were banded, along with some of the offspring, but as populations grew the banding ceased.The birds here are all wild animals living free, but are habituated to the presence of people. A supplementary feeding station in the reserve means the birds gravitate to this area. It is one of the best sites to photograph these birds.

Like many NZ forest birds, the plumage tends to be dull to escape the attention of avian predators.
NZ Nature Photos
Powered by ZENFOLIO User Agreement
Cancel
Continue