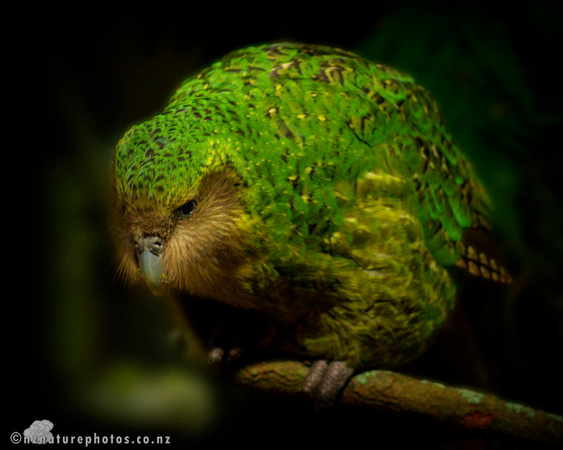 The kakapo is a nocturnal parrot, that unusually also leks. Once abundant in NZ, the arrival of rats & other predators in NZ have driven it to the brink of extinction. By the late 80s, the population was 50 birds, of which 12 were female. None had bred successfully in 10 years.

The largest captive population now exists on Codfish island by New Zealand's Stewart Island. It has been breeding successfully now under intensive management.

This bird is Sirocco, a male that is used for advocacy and education in NZ. I photographed this shot with my 90mm macro lens (no flash of course) and edited the background to darken it further whilst lightening and brightening the bird.
NZ Nature Photos
Powered by ZENFOLIO User Agreement
Cancel
Continue